Last fall, my mom came across a great deal for a Bahamas cruise with a few extra/added days at an Orlando hotel. We thought this would be the perfect choice for this summer’s family vacation and we booked it for the four of us. Cruise AND a few days at Orlando parks with the kiddos? Fabulous!

We kept it a secret until Christmas morning, at which time the kids unwrapped an inflatable cruise ship and captains hats to unveil the “big surprise.” It was a hit! Kids were excited and talking non-stop about sleeping on a ship and going to the Bahamas. 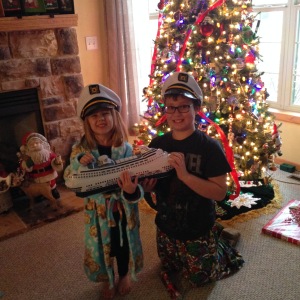 The next day, I received word that I had breast cancer.

I (kinda) knew then that being on a ship this summer was not going to work. I didn’t know my treatment plan yet – hell, hadn’t met with docs yet – but regardless, being on a ship right after surgery or with lowered immunity from chemo was probably not a good idea. Still I couldn’t bring myself to say anything to the kids when they rattled on and on about their big summer vacation. I would change the subject or redirect the conversation to something else, but it killed me that I would eventually have to crush their summer vacation dreams.

This weekend, I just couldn’t keep it up anymore. Ethan started asking really pointed questions: when are we going? How are we getting there? How long on the boat? Can he see pictures of the ship?

“We probably need to talk, buddy,” I said to him over lunch on Sunday as he peppered me with questions. “I can’t be on a ship this summer, so we’re going to have to change things a bit.”

I explained the lower immunity I’ll experience between chemo and surgery this summer, and how being confined on a ship could compromise my health – and could delay the rest of my treatment plans if I get sick.

“But grandma and Mr. B and I have been talking about an alternative,” I said. “What if Mr. B and the girls went on vacation with us? Somewhere else? Not on a ship.”

Ethan seemed to take the news okay. He’s disappointed that he won’t be on a cruise ship this summer, and that he won’t be going to Florida or seeing an ocean. But he also understands that breast cancer isn’t something we signed up for, that we just have to deal with the cards we’re dealt.

So summer plans will be a couple of smaller trips – a roadtrip wth B and the girls (and my mom) to a southern Indiana amusement wonderland, camp for a week, boating on the river with my uncle, maybe a waterpark visit here or there.

It isn’t what I wanted or what I planned, but it is what it is. I hope the following summer to make it up to the kids. I feel a ton of mom guilt with giving them a cruise then taking it away because I’m sick. Hell, these kiddos have been through so much I just hate disappointing them – even if they seem to “get it.” 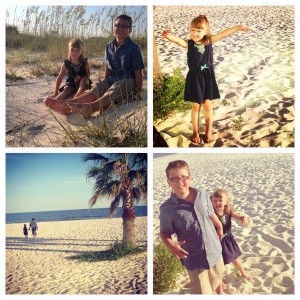 3 thoughts on “Change in summer plans and mom guilt”